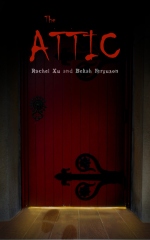 A young woman’s reality crumbles bit by bit as hidden passageways in her grandfather’s mansion lead her ever closer to a co-heir’s dangerous secret.

>>> An Excerpt: She Hadn’t Expected This

Great characters, each well developed. I was impressed and honestly didn’t want to put it down! Good story line, realistic and a good read! Each “scene” was set up so well that the writer didn’t have to go into explicit details for the reader to know what “happened” next. I look forward to the next book by this Author!! – Daddoe

It was described to me as a “Love Story”. While that is true, it is much more than that. It a fantastically written novel about a person’s journey in life. In this story you get to befriend a character named Rose, but originally calls herself Dakota. Like everything else in this easy-to-read book, her name change is significant and has meaning to the development of her character. And speaking of the main character, you will fall in love with her … eventually. With a great supporting cast that befriends our lead, you will need to schedule your time accordingly for late nights because you will not want to set this book down! – Wray Post

This was a really good book. I agree with all the points listed in the first review, so I will not repeat what is so well expressed. Why did I say “not a easy” read? This is because, initially, the main character’s life choices are so destructive as to have made me uncomfortable. Normally one reads for a bit of escapism, we like our main characters to be likable, clean, moral people! Dekota/Rose is not like that at all! Having said this, the author depicts her life choices in a clear, but not graphic way, as a conservative Christian I did not find it offensive, just uncomfortable as it was so opposite to my moral outlook in life. Spoiler Alert : The reality is that so many people make these choices and this book details the growth of Dekota/Rose to the point that she becomes aware the pain and her past that have driven her to the life she lives. I also appreciated that at the very end, the consequences of her past life are still very much something that will need to be worked through for many years to come. Coming to Christ does not remove the consequences of our choices – it just enables us to see ourselves as God sees us, sinfull human beings who are loved by a gracious God in spite of ourselves. That is exactly who I am! – Anne Mac

A White Rose is outside my normal genre. That being said, I quite enjoyed it. There are several points that made this a good read. The character development was very well done. Lesser players were developed on a much smaller scale but was very appropriate to their personalities. The major characters were revealed throughout the story in a way similar to how one discovers friends. Quickly enough to form bonds, yet increasing familiarity through time. Another strength of A White Rose was its pace. It captured my interest and held my attention throughout the development of the plot. While events do not occur quickly, the development of characters and the subtle twists keeps the reader engaged. Finally, a book that has a location that is familiar to me was quite interesting. I’d highly recommend this book. – Filk